The paradise islands of Mentawai (Sumatra), is the home to the primitive tribes of Mentawai, one of the most interesting and unique tribes in the world that has its own culture and language. The Mentawai tribe still maintains the lifestyle and traditions passed down by its ancestors for thousands of years.

The Mentawai Islands of Sumatra and its tribes

Mentawai is a group of islands settled in the Mentawai Regency, West Sumatra Province. The Mentawai archipelago includes the following larger islands:

The Mentawai Islands are well known for their world-class waves. Experienced surfers from all over the world have long been coming to these islands in search of legendary waves. But it’s also a destination that has great appeal for any type of traveler, especially for those who want to meet the tattooed tribes of hunter-gatherers of the islands. Its unspoiled beaches are also spectacular and as idyllic as those you can find in other corners of Sumatra. 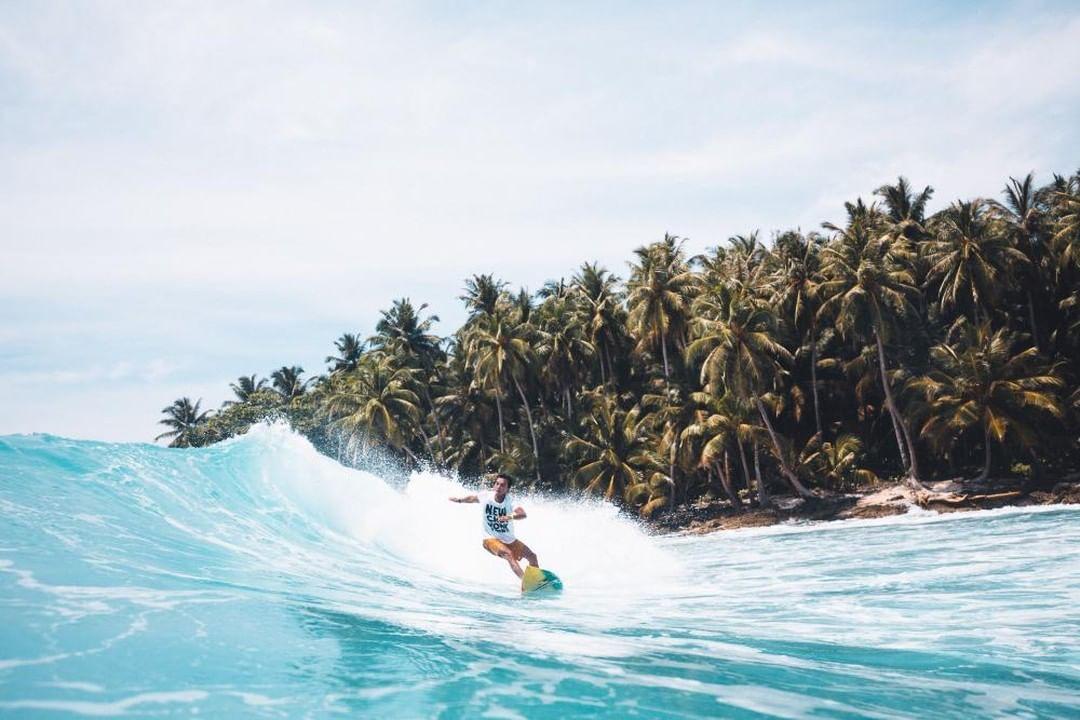 “Experienced surfers from all over the world have long been coming to these islands in search of legendary waves.”

Although only 150 km from the mainland, the Mentawai Islands and its people remained isolated until the 19th century due to strong winds, unpredictable currents and razor-sharp reefs.

It is believed that the archipelago separated from Sumatra about 500,000 years ago, resulting in a unique flora and fauna, which place Mentawai next to Madagascar, in terms of endemic primate population. The island of Siberut is home to a rich variety of biodiversity that has earned it the designation of a biosphere nature reserve by UNESCO.

From the first moment you see coral beaches, rainforests and listen to the mischievous black gibbons playing in the trees, you’ll find it hard not to fall in love with this place.

Where do the Mentawai tribes live?

The people of Mentawai live around the island of Siberut, about 160 kilometers from Padang, the capital of western Sumatra. Siberut belongs to the Mentawai Islands archipelago. From Siberut, it is necessary to travel by canoe to be able to visit the different villages of the Mentawai tribes.

Mentawai tribes live a seminodic lifestyle in the coastal and jungle environments of the islands. The population of Mentawai is estimated to be about 64,000 members.

Beliefs and religion of the Mentawai tribes of Sumatra

The Mentawai are animists, the only ones in Sumatra. They believe that all things in nature possess a spiritual essence, and live in harmony and peace with the nature around them.

The people of the Mentawai are also known as “The Flower People.” This name is because before collecting a plant or killing an animal, they always ask first for forgiveness of their spirit, since they understand that each fragment of the environment possesses its own spirit.

The religion of the Mentawai tribes: Arat Sabulungan

This belief is one of the fundamental pillars of his ancestral religion known as Arat Sabulungan. This religion is characterized by a complex system of cultural beliefs that venerate the spirits of its ancestors, the earth, the sky, the sea, the rivers and everything that has to do with inner nature. Thanks to these beliefs, the Mentawai tribe of Sumatra has developed the skills, knowledge and values needed to maintain a sustainable and self-sufficient lifestyle.

The Shaman of the Mentawai Tribes: The Sikerei

The Sikerei play a key role in Mentawai culture. They act as teachers, healers, and caregivers of this indigenous knowledge. And they fulfill the task of educating the local community in the complexities of Arat Sabulungan, instilled a comprehensive understanding of all aspects of life.

Undoubtedly, these shamans are the backbone of Mentawai culture and those responsible for not disappearing over time. Today, due in large part to the progressive introduction and influence of cultural and ideological changes coming from the outside, the number of Sikerei still practicing the Arat Sabulungan lifestyle has been reduced to a few smaller clans located in the south of siberut Island.

Main features of the Mentawai tribes of Sumatra

In addition to their particularities in spiritual and religious beliefs, the Mentawai tribe is also characterized by its unique culture, ancestral customs and its own language. Its main food is the sago and they raise pigs and hunt monkeys for daily feeding.

Here are some of the main features of the Mentawai tribes:

Mentawai people are very humble and simple in appearance,where Mentawai men wear only a loincloth made withthe bark of the rubber tree, while women only wear a simple skirt made of palm or banana leaves.

They are also known for their body art and tendency to sharpen their teeth, apractice they feel enhances their beauty.

Mentawai tribes live in traditional houses locally called “Uma.” These houses are made of wooden structures and leaf ceiling. Its size is quite large, and extends to the back with a large terrace.

Each clan has its own house, where several families live and where they perform traditional activities and parties.

At the entrance of the house there is a place to hang the skulls of monkeys, pigs and birds from hunting activities. In the middle of the Uma, there is a stone fireplace called Abut Kerei. Its function is night lighting, a place to heat the Gajeuma (drum) when the Sikerei (shamans and healers) dance in a ritual.

The stove is also the place to cook prey, such as monkeys and deer. In addition, it also became the place to carry out the ritual of stepping on embers at the naming ceremony of a new Sikerei.

In the traditional village of Siberut, men grow sago on the banks of the river. The sago is a staple of the Mentawai tribe.

Once processed, the sago flour that is still moist and hard is re-crushed with grated rattan, then wrapped in sago leaves and roasted. The women take care of making the meal with sago.

Sago food is called kapurut and is a daily staple. Kapurut can be eaten without side dishes or with boiling river fish in bamboo tubes. Meals can also be enjoyed with boiled fish.

A sago tree can support a family for six months. Each Uma also has cattle from pigs and chickens.

Preparation of poison for arrows

Uma’s men love to hunt. The skulls of its prey are hung at the entrance of the Uma as ornaments and memories. They hunt using arrows bound with poisonous potions. The poison mixture is made from plants that collect around the Uma.

After the poison is applied, the arrows are dried in the sun and stored in bamboo tubes. The poison of this arrow is so deadly that even rubbing it with your hands can cause death. No animal can survive long after being poisoned by the arrow, not even a small wound on an animal’s tail.

For the people of Mentawai, Tribal tattoos are not only because of the beauty of the body, but also as a symbol showing the position each member of the tribe occupies. There are around 160 tattoo motifs in Siberut. Each Mentawai person can carry dozens of tattoos all over their bodies. The tattoo process is done by Sipatit, must be a man and cannot be performed by a woman.

Before performing the tattoo process, a ritual led by a Sikerei must be performed. The ceremony begins by sacrificing pigs or chickens as soon as the first tattoo is carried out. Tattoo dye material is made of cooking oven vapors mixed with sugar cane water. And for the punch there’s a needle tied to a little wooden stick. It is then hit with other small woods to pierce the ink on the skin.

Would you like to get up close and better aware of the Mentawai tribe on one of our expeditions?

At Come2indonesia we are specialists in the organization of alternative routes and adventure expeditions throughout Indonesia,entering the most remote places of the country in search of unique and real experiences.

Expedition to live with the Mentawai tribes of Sumatra

During this adventure, you will have the opportunity to discover the unique way of life of the Mentawai and participate in their daily activities, all organized with great respect for their culture. Here are some of the activities you can do during our expeditions: Traditional fishing in the river, canoeing, jungle walking, sago preparation, feeding pigs, techniques for making clothing and preparing poison for arrows. 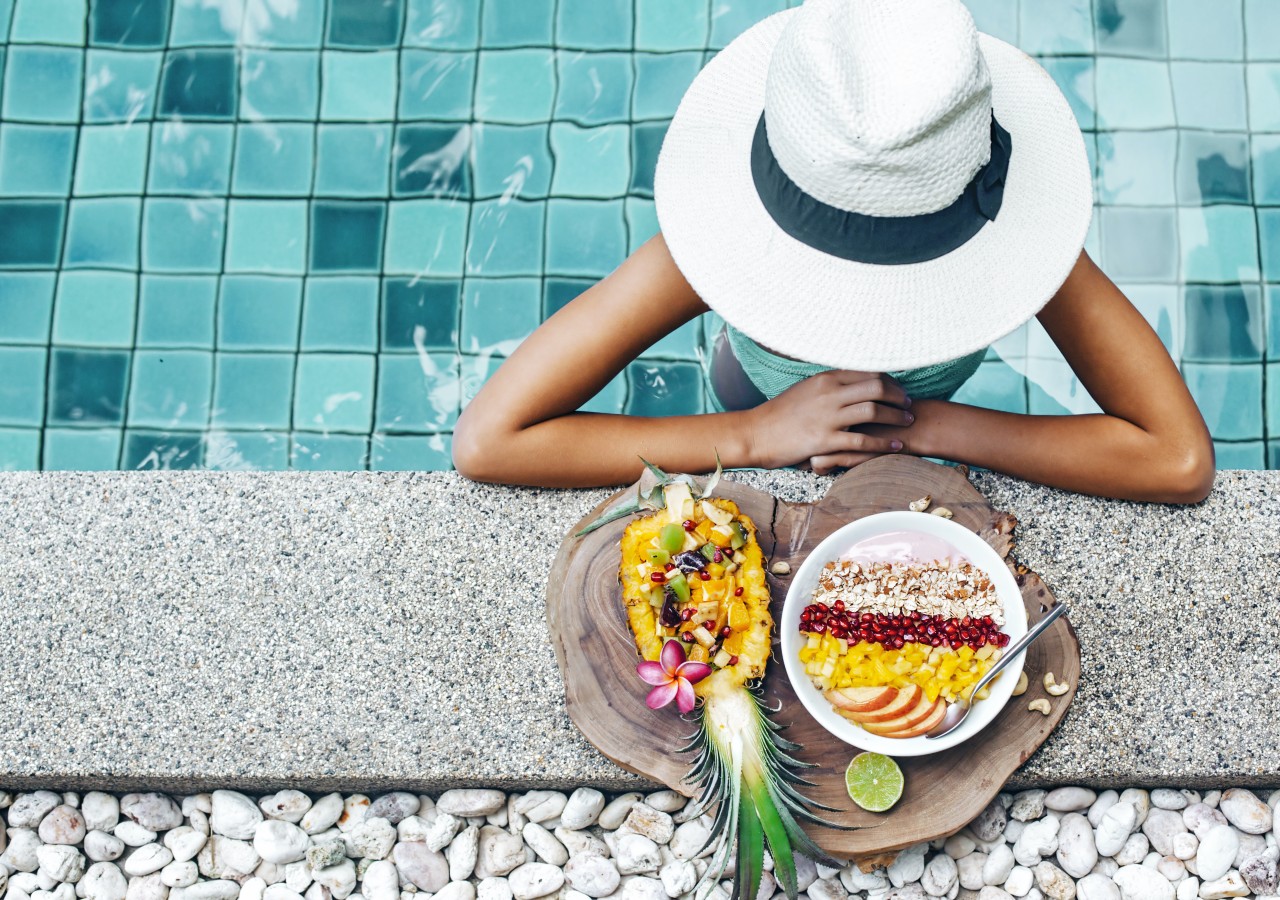 As in the rest of the world, the coronavirus in Indonesia is also significantly affecting the country’s tourism. In this...Read More 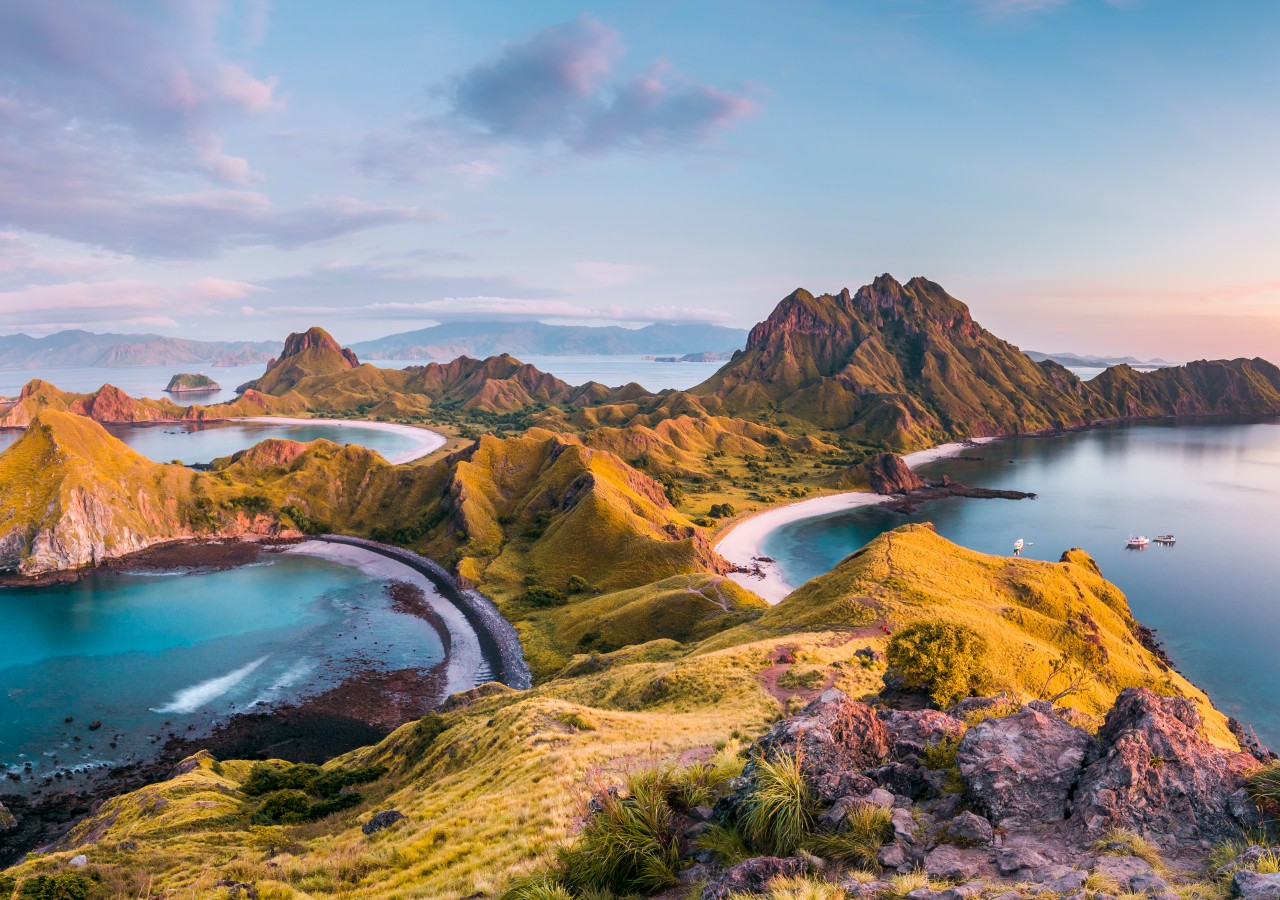 Bali is a versatile island; it has everything and for everyone. Is rich in culture, nature and history. There is...Read More 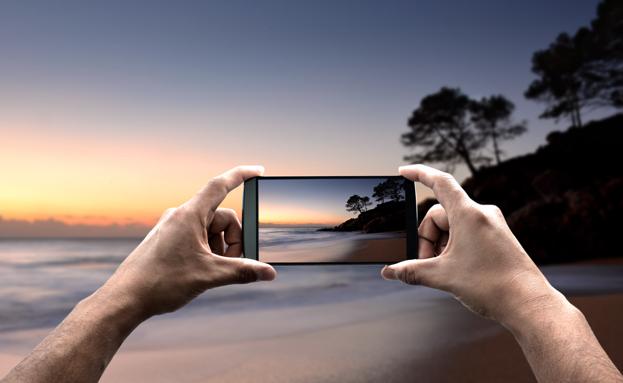 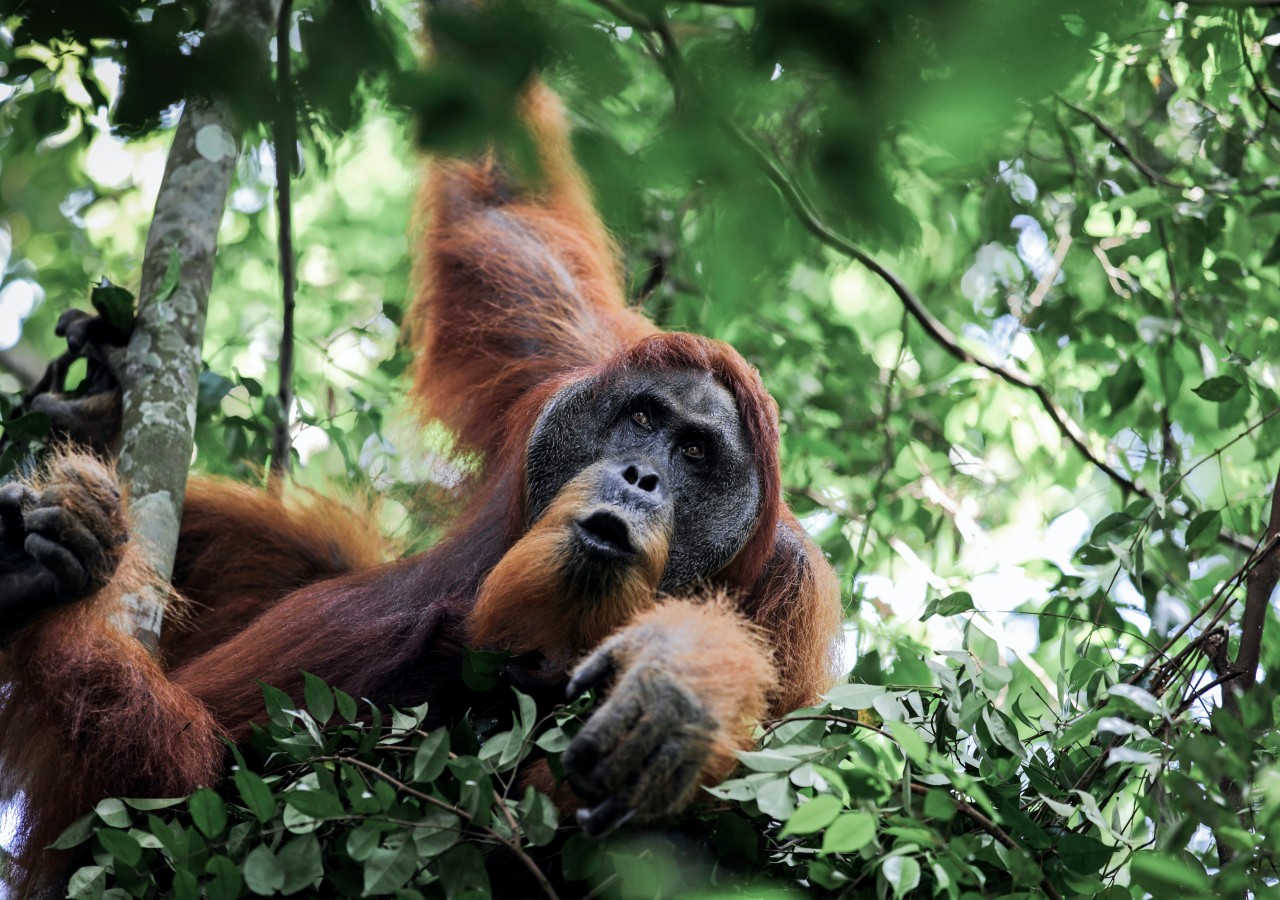 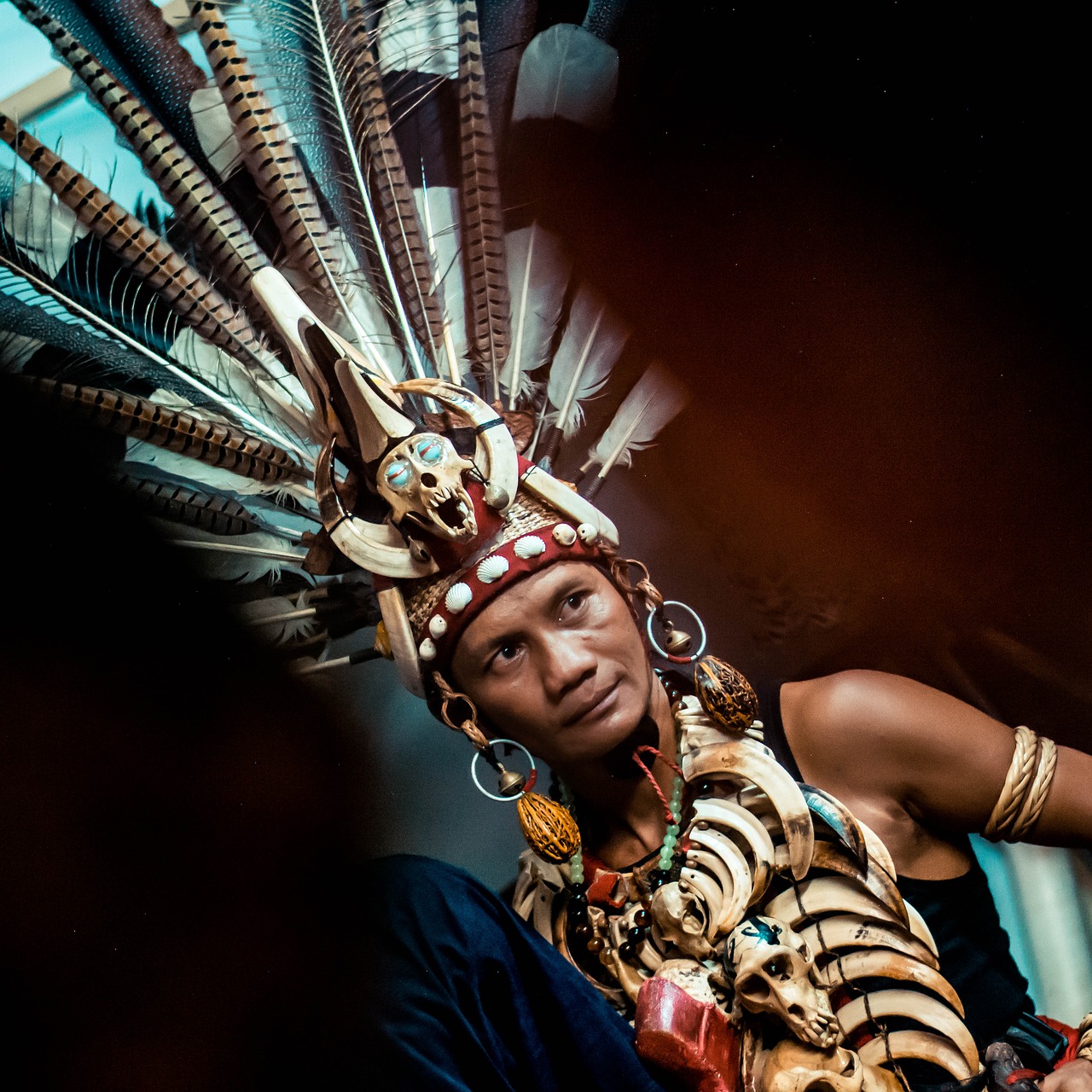 Born in Valencia (Spain), his professional career has always revolved around the tourism sector. He studied tourism degree and later specialized in digital tourism marketing.

After working in various travel agencies. In 2018, he was a beneficiary of an Indonesian government scholarship to study at one of the most prestigious universities in the country. After specializing in the destination and having traveled and lived in various areas of Indonesia, he joined our team in early 2020.

Fernando is passionate about surfing and extreme sports. He’s the first to sign up for a trip, always looking for new adventures! 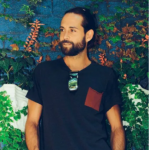